Main Street Music Festival is an outdoor folk festival, in a street right in the center of Lillehammer. This is a new addition to the city's festival life, and will include both vendors and opportunities for bargains during the day, and lots of good music in the afternoon and evening. Three full days to the end!

Main Street Music Festival is an outdoor folk festival, in a street right in the center of Lillehammer. This is a new addition to the city's festival life, and will include both vendors and opportunities for bargains during the day, and lots of good music in the afternoon and evening. Three full days to the end!

Thursday 16 June
18.00-18.15 Festival opening on the Main Stage
18.15-19.00 Beggars Blue (Denmark) on the Main Stage
This Danish blues band consists of frontman, guitarist and singer Jan Edvard, as well as Casper Bue on bass and Jan Hvingel on drums. The band has toured together for over 20 years.
19.30-21.00 Adam Douglas (Norway) on the Main Stage
Adam Douglas grew up in Oklahoma, and has taken a lot of inspiration from there through Howlin` Wolff and Ray Charles` flirting with country. He mixes soul, gospel, jazz and roots. After he moved to Norway in 2008, the music has also taken inspiration from Norwegian mountains and forests.
21.30-23.00 TORA (Norway) on the Main Stage
TORA plays blues-inspired pop-rock and released in 2019 their self-titled debut album, described by Dagbladet as a "Promising debut from a new, female guitar hero". The band's second album GIRLS was released on September 10. The album received rave reviews from a combined music press and was nominated for the Spellemann Award.
23.30-00.30 Beggars Blue (Denmark) Late Evening Concert

Friday, June 17:
18.00-19.00 Bacon Fat Louis (Netherlands) on the Main Stage
According to Bacon Fat Louis from the Netherlands, he plays dance music for people who cannot dance. Bacon Fat is real stuff, real juke joint blues with a touch of White Strips / Jack White.
19.00-20.00 Hege Øversveen (Norway) on the Main Stage
Hege Øversveen is known to most as one of 4 finalists in the 2012 edition of The Voice. Hege was Hanne Sørvaag's chosen, and finished in a strong 2nd place. She distinguished herself there with a fantastic voice and huge charisma!
20.30-22.00 Steffen Morrison (Netherlands) on the Main Stage
Steffen Morrison & The Band of Brothers have not been to Norway before. Finally we can meet this Dutch soul artist who in southern Europe is a great festival and live artist.
22.30-24.00 Strange Kind of Woman (Italy) on the Main Stage
Deep Purple tribute! It is a pleasure to present one of the world's best tribute bands in Lillehammer. Strange Kind of Woman consists of female musicians from Italy, who play Deep Purple almost rawer than the originals. This will be a party to look forward to!
00.30-01.30 Bacon Fat Louis (Netherlands) Late Evening Concert.

Saturday 18 June:
17.00-18.00 Grace James (Denmark) on the Main Stage
This Danish band plays a modern mix of roots, blues, urban country and rock. They are known in Denmark for being extremely captivating live. Note the name!
18.30-20.00 Dom Martin (Northern Ireland) on the Main Stage
Belfast artist Dom Martin has received much praise and much honor. Among other things, this year's acoustic blues artist in the UK in 2018, 2020, and also in 2021. Do you miss Rory Gallagher? Then Dom Martin can be a consolation.
20.30-22.00 Henrik Freischlader Band (Germany) on the Main Stage
Henrik Freischlader is a German blues guitarist, singer-songwriter, producer and multi-instrumentalist from Wuppertal, Germany. He has played with Joe Bonamassa, B.B. King, the late Gary Moore, Peter Green, Johnny Winter and other blues legends. Considered the hottest guitarist in Europe.
22.30-24.00 Sass Jordan (Canada) on the Main Stage
Sass Jordan broke through with a bang in 1989, and she was named Newcomer of the Year during the Canadian Grammy Juno Award ceremony. Since then, she has won the award for best female artist, and by the Billboard Award named best female rock singer. She has sold millions of albums in the United States and Canada. With her to Lillehammer she has the band The Champagne Hookers.
00.30-01.30 Grace James (Denmark) Late Evening Concert
Day pass NOK 690, - / Festival pass 3 days NOK. 1510, - / Friday + Saturday pass NOK. 1190, - More info at www.mainstreet-lillehammer.no

Show all nearby accommodations 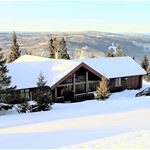 Distance: 11.9 km
Traditional and practical cottage in Hafjell Panorama cabin area of ​​120 m2 with ski in ski out to ski slope number 35 in Hafjell Alpine ski resort. (100 meters) From the cottage you have a view of Gudbrandsdalen valley. The cross-country ski tracks at Gaiastova are 2 km away.
Book 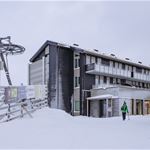 Distance: 12.5 km
The apartments are located in a very attractive area with a perfect location for alpine and cross-country skiing in the Øyer mountains. Only 50 to 200 meters to Gaiastova with restaurant, cafe, après ski, grocery, ski rental and sports shop. Optional arrival and departure days up to and including week 6.
Book 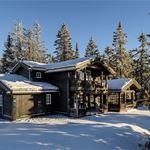 Distance: 12.2 km
Beautiful chalet right next to Gaiastova with 153 m2, 14 beds and four bedrooms. Ski in / out for cross country skiing and alpine skiing. The chalet is located in a quiet area of ​​Hafjell with panoramic views of Hafjell and Gudbrandsdalen.
Book
Powered by Citybreak ™ - the leading Destination System

View on the map

Why book with Hafjell Resort