Steven Van Zandt & Lilyhammer used Hafjell Lodge as a location in the recording series Lilyhammer. The actual movie recording some days and nights in May was an experience for us locals with many celebrities from Norway and abroad. There were also many from Øyer and Lillehammer municipalities who participated as extras in Lilyhammer. After the recording, Hafjell Resort received a postcard from Steven Van Zandt, who personally thanked us for the great service and wonderful chalets and restaurants we had facilitated for Lilyhammer.

Lilyhammer is a Norwegian crime and comedy who became an international success. There are many tourists visiting the Lillehammer region to find the locations from the series. Some also find their way to Hafjell Lodge.

About the series Lilyhammer

Frank Tagliano (Steven Van Zandt) is a former member of the New York Mafia. After witnessing his former boss, Tagliano is transferred to Lillehammer in Norway through the FBI's witness protection program. Frank Tagliano was fascinated by Lillehammer when he watched TV pictures of the Winter Olympics in 1994, and therefore chooses to start his new life there under the name of Giovanni Henriksen. The transition from being a feared and respected mafia member in New York to becoming a unemployed immigrant in Norway is not easy. Frank leads to his old methods of extortion and bribery to get himself up in the Norwegian countryside.

You will find Hafjell Lodge in valley of Hafjell. Hafjell Lodge is a cozy restaurant in Hafjell that is open during the ski season. You are welcome to visit us with or without skiing. 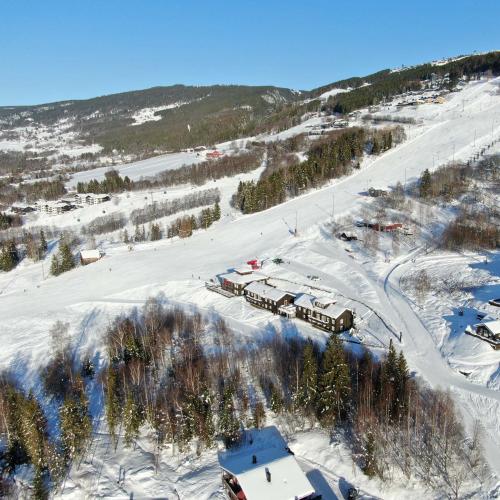 Hafjell Resort has for rent the large cottages Hafjell Lodge 31 and 24.