The area has been settled since the Norwegian Iron Age.  It is mentioned in the old sagas at "Litlikaupangr" (the small trading place" and as "Litlihamarr" (the small Hamar) - to distinquish it from the town and bishopric of Hamar.  The farm that gave Lillehammer its name has always been called Hammer, as has the family that lived there.It is also mentioned as a site council in 1390. Lillehammer had a lively market by the 1800s, and obtained rights as a merchant town on August 7, 1827, at which point there were 50 registered residents within its boundaries.

Lillehammer belongs to the so-called ”planned cities”, and on 7 August 1827, the Norwegian government founded the city by official decree. The actual dividing up of the city into lots did not take place until 1828, however, and Road Inspector C. Buchholz`s plan and building bye-laws were adopted by Royal Resolution on 7 July 1828. The building bye-laws stipulated criteria for construction, as well as for the width of streets and sidewalks. Among the stipulations was a rule that the corner of buildings had to be “rounded” and  at least about 10 feet wide. The result of this stipulation is easily visible in Lillehammer today.

Building practices in Lillehammer in the early 19th century are a testimony to an age of modesty and demure. Even so, if you look closely, there are a number of interesting and enjoyable architectural details for you to discover.

Lillehammer was granted its town charter as recently as 1827. Nonetheless, its coat of arms bears witness to a stirring medieval deed that changed the course of Norwegian history.

Lillehammers heraldic bearing, a Viking on skis, is the only coat of arms in the world to feature a skier. The skier dates from the early 13th century, when Norway was torn by civil war between the Baglere and Birkebeinere, who supported rival claimants to the Norwegian throne.

The town of Lillehammer was established as a municipality January 1, 1838.  The rural municipality of Fåberg was merged with Lillehammer January 1, 1964. The town center is a well preserved late 19th century concentration of wooden houses, which enjoys a picturesque location overlooking the northern part of lake Mjøsa and the river Lågen surrounded by mountains.  The main street is excellent for people-watching, shopping and dining.

Storgata 31 – Wiesegården
The building is from the oldest period in Lillehammer's history, and was built in the Empire style by storekeeper Ludvik Wiese. Half of the ground floor was used as a store, and on the first floor there was a large hall where Wiese held a major Christmas ball annually with up to several hundred guests from Lillehammer and the surrounding villages.

Storgata 32 – Astrupgården
This two-storey log building was built with vertical panelling in a characteristic urban Gothic style with elements of an earlier Dragon style of architecture. The building is a good example of the typical and showy building tradition popular in the last half of the last century.

Storgata 35
A small two-storey house built in the 1850s. The former owner was baker O. F. Myhre, who ran his bakery in the rear court. The house was later acquired by storekeeper Martin Nielsen.

Storgata 36
This building was built in the late Empire style of architecture. The windows on the ground floor are an early example of “shop windows”.

Storgata 41
This Swiss-style building was built by storekeeper Rolf Bjørke around the year 1900.

Storgata 42
This Swiss-style building has been the site of commercial trading for more than a century. In the beginning of the 1900s, Netta Olsen traded white goods at this site. Later the shop was acquired by Helene Forberg, and in 1921 Ivar Rønning opened a textile shop at the site.

Storgata 46 – Raabe-gården
This site was named after gardener Raabe, who sold flowers and vegetables at the site for years. The well-known artist and pipe manufacturer Gudbrand Larsen moved into the building in 1844.

Storgata 48
”Politi Larsen” (police officer Sigvard Larsen) lived in this house, and the local jail complete with barred windows could be visited in the rear court.

Storgata 45
A log building embellished with bricks was constructed at this address in the 1850s. It became known as Baumannsgården after the county physician Ludvig Adolf Bauman, who served as a physician in Lillehammer from 1858-78. The Promenade Café was on the ground floor.

Storgata 49 – Julingården
This building was built by storekeeper Hove in 1846. The building has taken the name of the Julin family who owned the property from 1868 to 1911. The founder of Maihaugen, Anders Sandvig, rented a room from the Julin Family when he arrived in Lillehammer in 1885. He lived at this house and ran his dental practice up until 1894. Julingården has now been rebuilt at Maihaugen.    49.jpg

Storgata 51 – Gundersengården
In 1845, the Gausdøl Simen Gundersen ran one of the most popular country stores in Lillehammer at this site. The Gundersengården has now been rebuilt at Maihaugen.

Storgata 54 – Salvesengården
Mr. Salvesen ran his stationery business from this site starting around 1900. A goldsmith also had a shop at the same address at about the same time. Neither of the two businessmen lived here in this building though. The apartment on the first floor served as a residence for a carpenter and his family. A carpenter’s workshop was established in the rear court. The Salvesengården has been rebuilt at Maihaugen.

Storgata 60 - Kjølstadgården
This building designed in the Empire style of architecture was built by Dr. Gunder Nilsen Kjølstad. (Kjølstadgården burned down in 1961).

Storgata 62 – Bergsenghjørnet
Thor Bergseng & Co is a two-storey Empire-style building featuring horizontal panelling and a very characteristic roof. The business was started in 1841 by Arne Bergseng, who ran a regular country store, and the business is still in the family’s possession.

Storgata 61 – Olstadgården
This site served as a popular destination for shoppers in Lillehammer in earlier times. Mr. A. G. Olstad ran a successful business here starting in 1842.

Storgata 64 – Nordstrandgården
This building has had a number of owners, and the original farmhouse has served a wide range of functions down through the years, from a bed & breakfast and a barbershop to a milliner’s (hats) and a sausage factory.

Storgata 65-67 – Thorstadgården
This two-storey Empire-style log building was owned by Anders Thorstad from Brøttum who started a country store here in 1837. Thorstadbutikken was in earlier times one of the most well-known country stores in Lillehammer.

Storgata 73 –75 – Mæhlums bakeri og Helleberggården
These two historical Lillehammer buildings burned down and were rebuilt in 1984.

Storgata 74
The goldsmith J. Frisenberg is one of the city’s oldest craft businesses still in operation today. The building features many architectural elements inspired from the neoclassicism style of architecture.

Storgata 81
This building was formerly one of the most famous shops in all of Lillehammer. You could purchase alcohol at this site, and the grand hall ”Listadsalen” on the first floor was a popular site for social gatherings.

Storgata 84 – Victoria Hotell
This hotel has a history of offering travellers accommodation as far back as the 1870s.

The Olympic Winter Games in 1994 that put the Lillehammer region on the international tourist map. The 1994 Games were extremely well organised and the Norwegian host' natural love of winter sports added a refreshing purity of spirit. The Olympic Winter Games in Lillehammer 1994 were a great success as major sports event, but also successful in the way that the Games created positive financial development in the region.

Lillehammer is recognized as the oldest winter sports destination in Norway. The first mountain hotels in Norway were built at Nordseter and Sjusjøen in the 1930s and 1940s, and in the 1950s winter tourists from Denmark arrived by charter plane and landed on the frozen ice on Lake Mjøsa. Today Lillehammer offers a combination of traditions and modern-day attractions. Here you will find museums, galleries, Olympic facilities, unique restaurants and excellent shopping.

The Lillehammer region is also famous for the spectacular local ski terrain and the many local winter sports activities. Close proximity to Northern Europe's best cross-country mountains at Hafjell and Nordseter/Sjusjøen, with 350 km of ski trails and the short distance to the Hafjell Alpine Centre, makes the region an exciting and all-round travel destination. 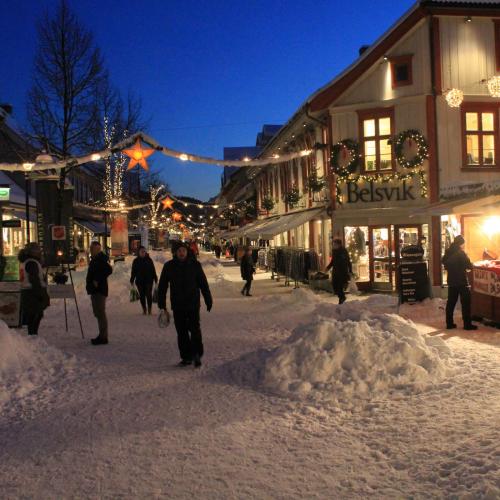 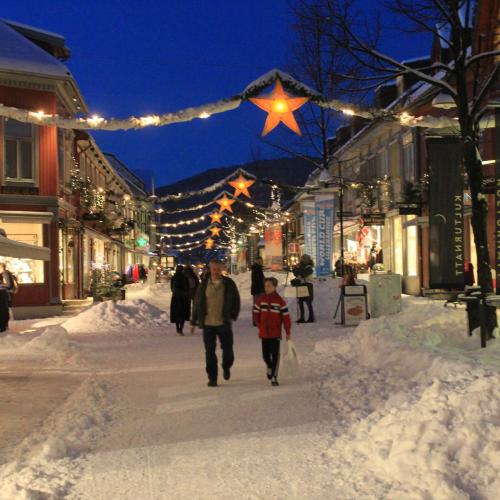 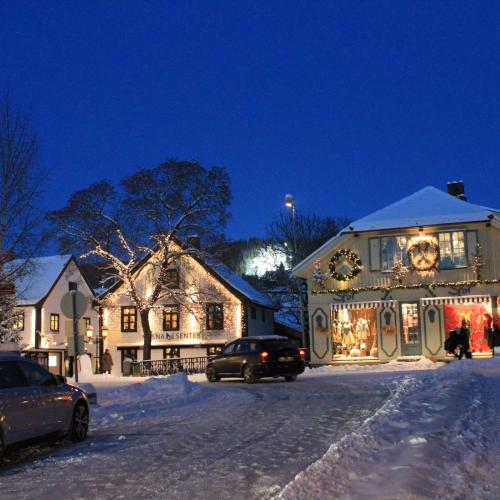 Lillehammer's commercial areas, at least those interesting for visitors are centered on two areas: The main area, well-known because of the Lilleha 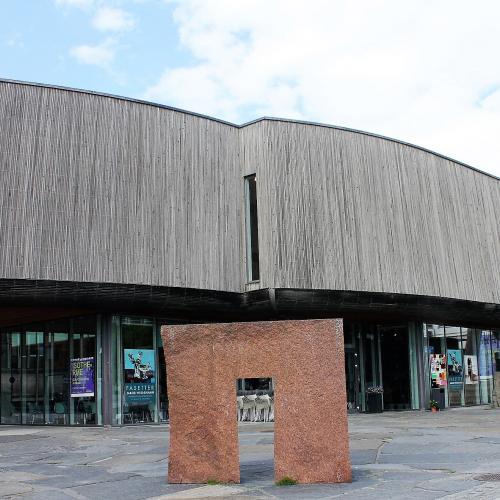 Lillehammer art museum is one of the nation’s leading art museums, and houses a collection consisting of approx. 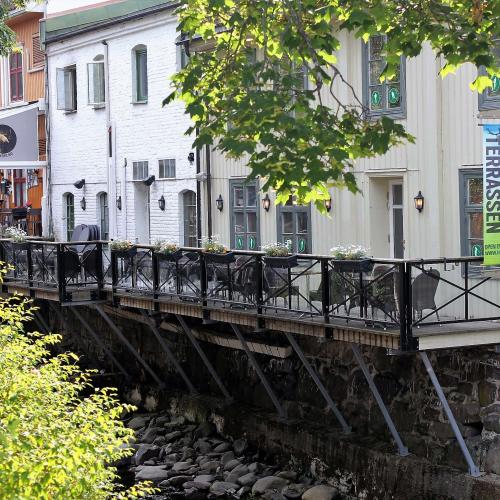 A trip along the Mesna-river is the ideal way to experience downtown Lillehammer and its beautiful surrounding scenery.

The history of Hafjell

The history of Hafjell starts with a ski competition. 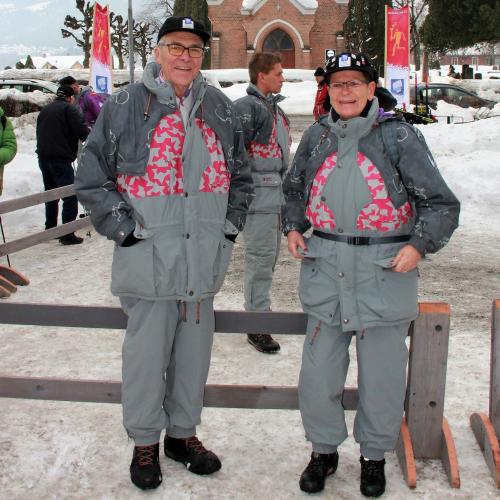