There are large local variations in temperature. Especially in January it may be cold down in the valley and milder up at the top of Hafjell.

Lillehammer region is known for its relatively dry climate with plenty of snow, not much wind, and stable temperatures. A main characteristics of the climate in the region is cold winters and warm summers i.e.continental climate.

The prevailing westerly winds, which often even in winter give much rain in the western part of Norway, give only minor precipitation in the region because of the sheltering effect of the Central Norwegian Mountain Ridge.

Most of the precipitation comes from southern or eastern directions in such amounts that the ground may be covered with snow in the period from November to April.

Lillehammer is the only town in the world with a skier on its coat of arms, reflecting historic associations with skiing and the present status as a centre for tourism and open-air life. 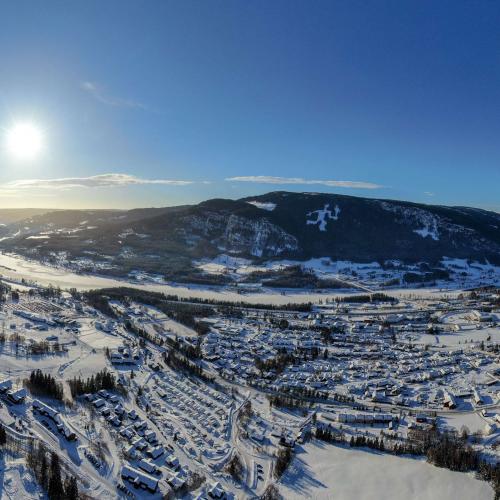 On the top On the bottom

Information is gathered from fnugg.no