Lillehammer region has several beautiful churches worth a visit. Whether you want to attend worship on Sundays or just step in to admire the architecture. Most of the churches in the region have a history for many hundreds of years and mean a lot to the local communities. In some of the churches such as Lillehammer church and Ringebu stave church there are concerts during the summer.

Follebu church (Norwegian: Follebu kirke) is a church dating from 1260 in the municipality of Gausdal in Oppland county, Norway. The church is built of stone and can accommodate 140 people. The rectangular Gothic church was built from 1260 to 1300. The altar and the pulpit have rich acanthus ornamentation created by Eistein Kjørn. There is a cemetery around the church.

Fåberg church (Norwegian: Fåberg kirke) is a cruciform church in the village of Fåberg in the municipality of Lillehammer in Oppland County. The church is a timber-framed structure and can accommodate 292 people. It is a cruciform church, like most of the churches that were built in the 18th century in the Gudbrand Valley, inspired by the cathedral in Oslo. Fåberg Church is the only one of these churches with its tower on the west end; the others have a central tower. It is believed that the local architect Svend Tråseth designed the church. He later built several churches in the Gudbrand Valley and Valdres.

St. Mary church (Norwegian: Mariakirken på Lillehammer) is the church of the Catholic parish of St. Mary in Lillehammer the administrative capital and largest city of the province of Oppland, in southern Norway. The parish includes Oppland County and Ringsaker municipality in Hedmark County. The church is situated in Suttestad, an area to the south of the city of Lillehammer.

The stave church at Ringebu, built c.1220, is one of 28 surviving stave churches and is one of the largest in Norway and located 60 km north of Lillehammer.

Østre Gausdal Church (Østre Gausdal kirke) is a Romanesque church built of brick during the period 1250-1300. In the 1700s it was expanded to the east at which time it received a carved pulpit. The church organ was built by August Nielsen in 1888.

Fåvang church (Fåvang stavkyrkje) is a parish church located south of the village of Fåvang in Ringebu municipality in Oppland county, Norway. The church is situated in the traditional region of Gudbrandsdal. Fåvang church is an active parish church in the Ringebu parish of the Sør-Gudbrandsdal prosti within the Diocese of Hamar.

Lillehammer Church was consecrated in 1882. The church seats 600 and was renovated in 1959 when its presents altar piece, carved and painted by Maja Refsum Nygård-Nilsen. The cross and baptismal font were given to the church as a present on 17 May 1990 by the families of English soldiers killed here in combat in 1940. Service Sundays at 11.00. 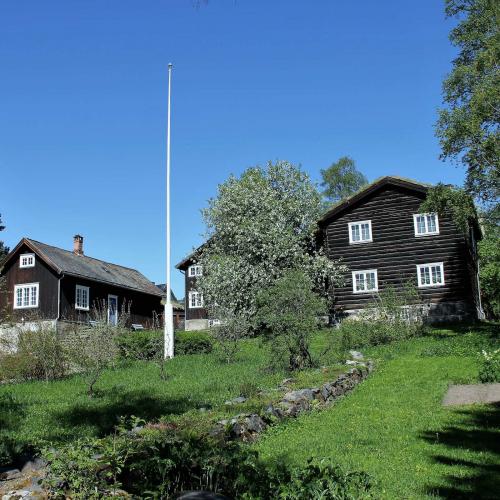 The home of the Nobel Laureate Sigrid Undset. . 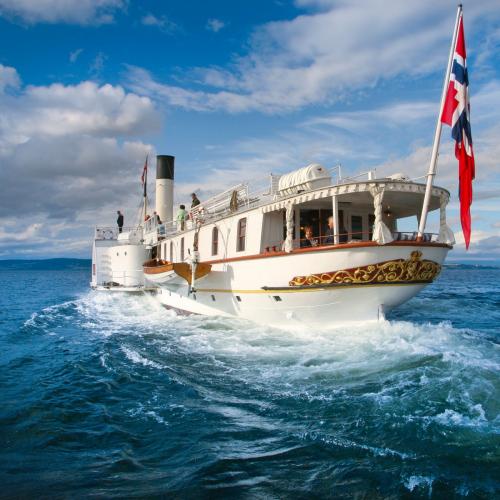 The world's oldest preserved paddle steamer in timetabled service, with live steam engines, paddle wheels and a speed of 12 knots.

Churches in the region