The local mountains in Gudbrandsdalen offer breathtaking mountain expanses, as well as mountain peaks with spectacular views. Marked rambling trails have been established throughout the area to guide you through the best Norwegian nature has to offer. Picturesque mountain farm communities and shiny lakes dot the landscape, and there is plenty of action in store for those of you interested in coming along a moose safari or racing across the open mountain landscape on a bicycle.

Hunters and fishermen have used Jotunheimen for thousands of years, and since the 1850s Jotunheimen has been one of Norway's most popular mountain walking areas. Some areas have a lot of tourist cabins and marked trails, while others are virtually untouched. There is good trout fishing in several lakes and streams, and fish breeding supplements natural spawning.  The area is dominated by steep mountains and wild glaciers. Several of the highest peaks in Northern Europe are found here. Several of the glaciers are suited for glacial walks, but you must have the neccessary equipment and a local guide.The Hurrungane mountain range with Store Skagastølstind (2,403 m) is a mecca for climbers.

Jotunheimen is a practically undisturbed area of majestic mountains, glaciers and lakes, with hard unyielding rock types, formed under great pressure deep down in the earth's crust and later forced up to the surface. Norway's highest peak, Galdhøpiggen (2,469 m) lies within the national park. Icecapped Glittertind is only a few metres lower.

There are also several large lakes. The largest is Gjende and in the late summer the glacial melt-waters turn it an opaque emerald-green, in contrast to the deep-blue waters of Bessvatn 391 m higher up. The path along Besseggen, the knife-sharp ridge between the two lakes, is a well known tourist attraction.

Rondane National Park was Norway´s first National Park, established in 1962 and extended in 2002. It is particularly important as the home of one of our country´s last herds of wild reindeer, and covers a varied mountain landscape of high peaks, lichencovered plateaus and lush valleys. The park is dominated by the high peaks, narrow ravines and deep valleys of the Rondane massif. The poor bedrock supports only a sparse vegetation of mainly lichen and heather. Numerous traces of an early hunting culture can be seen.

Today´s visitors in Rondane are mainly fell-walkers or hikers. Rondane National Park is a popular area, due to dry climate and firm terrain, even if boulders and scree make the access difficult at times. There's a network of marked trails and several tourist cabins. You can fish and hunt for hare, grouse and wild reindeer. Remember to get your fishing and hunting licenses.

At certain periods of the year, the park is heavily visited and it is of major importance that the vegetation and wildlife are treated with care. Some trails have been resited in recent years to avoid conflict with the grazing areas and migratory routes of the wild reindeers.

If you need to raise your adrenaline levels, you can go rafting in the Sjoa river, one of Norway’s most popular rafting rivers. Dovrefjell-Sunndalsfjella National Park is the only place in Norway – and one of the few places on earth – where you can see the mighty musk oxen, and in Jotunheimen National Park you can enjoy the view from the top of Galdhøpiggen, the highest mountain in Norway. 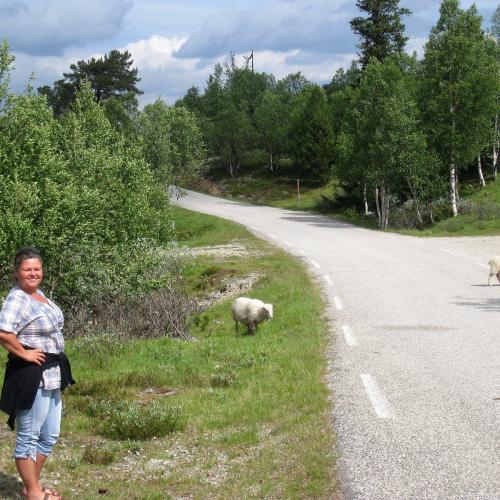 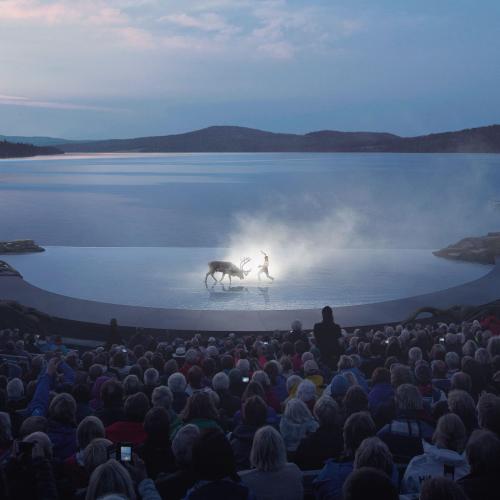 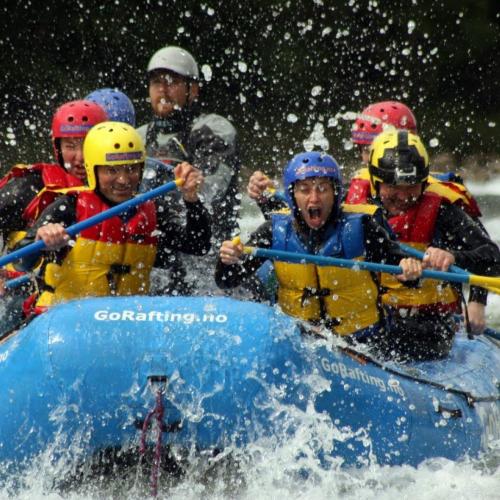 Our rafting base is situated just at the Sjoa River, known as one of the World`s best and most popular rivers for whitewater rafting.